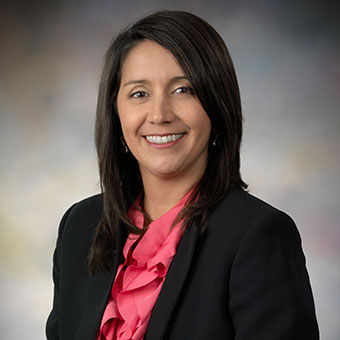 First Latina Director of NASA Mission Control and 30-Year Veteran of the Johnson Space Center; Chief Strategy Officer of Barrios Technology; STEM Ambassador
Fee Range $10,001 - $20,000 *
* This specific fee falls within this range. Ranges are presented as a guideline only. Speaker fees are subject to change without notice. For an exact quote, please contact your Keppler Speakers representative.
Add to Favorites

During her 30-year tenure at the Johnson Space Center in Houston, Ginger Kerrick led teams through waves of challenge and change during NASA’s most innovative decades since the Apollo missions, creating better cross-organizational collaboration and supporting NASA’s highly successful industry partnerships with SpaceX and others. Today she shares her insights, showing business leaders how to apply the NASA model of change management to build a culture designed for resilience and innovation.

Growing up in El Paso, Texas, in the 1980s, Ginger Kerrick wanted to be an astronaut. She overcame one hurdle after another to eventually get hired at NASA as an engineer and was finally invited to interview for the astronaut program, but a kidney stone condition meant a lifetime disqualification. She was crushed, but once she accepted what was beyond her control to change, she became unstoppable. She applied and was accepted to NASA’s elite cadre of Flight Directors at the helm of Mission Control and was the first Latina and the fifth woman in the agency’s history to do so. Ten years later, she moved into NASA senior leadership, supporting work on the International Space Station and then serving as Deputy Director of the Exploration Integration and Science Directorate.

Today, Ginger Kerrick is Chief Strategy Officer of Barrios Technology where she continues to partner with NASA and others on the rapidly developing space exploration economy. A vocal advocate for the importance of STEM careers and education, Kerrick has served as a part-time professor for the STEM MBA program at Texas Tech University's Rawls College of Business, and she speaks frequently to both business leaders and students in STEM programs across the country. In 2016, Kerrick was one of five women named to the Texas Women’s Hall of Fame, and in 2019 she was sworn in as a member of the Texas Tech Board of Regents.

Ginger Kerrick was profiled in the Universal Pictures documentary The Wonderful: Stories from the International Space Station (2021) and in the book Making Space for Women: Stories from Trailblazing Women of NASA’s Johnson Space Center (2021).

We saw fantastic engagement from our attendees in these sessions with Ginger. She was an absolute pleasure to work with and was very prepared and responsive to our team along the way.