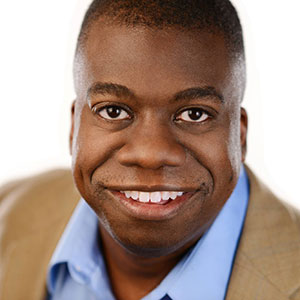 USC professor and game designer for Madden NFL Football
Fee Range $10,000 and Below *
* This specific fee falls within this range. Ranges are presented as a guideline only. Speaker fees are subject to change without notice. For an exact quote, please contact your Keppler Speakers representative.
Add to Favorites
GordonBellamy

Gordon is a Visiting Scholar at the USC Games and head of the USC Bridge incubator program, helping to cultivate the next generation of leaders in our craft. He has played key business and product leadership roles at Tencent, Electronic Arts, as a designer on Madden NFL Football, and MTV, and consulted for numerous companies in the industry.

He received a Lifetime Achievement Award in 2018 at GDC and was featured on Nickelodeon for Black History Month for his 25 years of contributions to game industry and culture.

Gordon serves as the president / CEO of the Gay Gaming Professionals and on the Board of Directors of TheWaveVR and has served as Executive Director of both the Academy of Interactive Arts and Sciences and the International Game Developers Association. He is a graduate of Harvard College with a BA in Engineering, and resides with his husband Joe Heally, and their dog, Colby Janet, in Los Angeles, California.