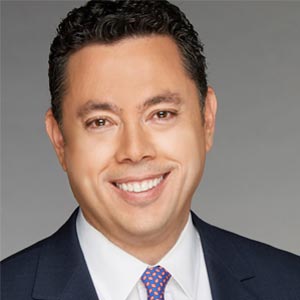 Jason Chaffetz is a contributor for the FOX News Channel and a former Congressman (R-UT), 2008-2017. Jason shares with audiences his intimate knowledge of our Nation’s Capital, offers insight into governing, and examines the United States' most pressing issues.

Jason was selected by his peers to be a Chairman of the powerful Oversight & Government Reform Committee, where he led investigations into the United States Secret Service, the Department of Education I.T. vulnerabilities, the Drug Enforcement Agency, the Office of Personnel Management (OPM) data breach, the Environmental Protection Agency, the Benghazi terrorist attack, Fast & Furious and the IRS scandal.

Jason is the author of The New York Times best-seller The Deep State: How an Army of Bureaucrats Protected Barak Obama and Is Working to Destroy the Trump Agenda. He also served as a fellow at the Harvard Kennedy School of Government. Prior to serving in Congress, Jason was Chief of Staff to the Governor of Utah and a member of his local business community for 16 years.