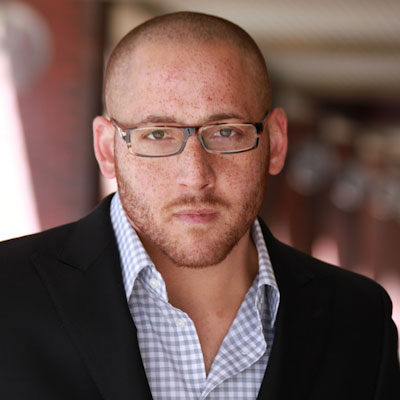 Suicide Survivor, Wellness Advocate, Best-Selling Author & Documentary Filmmaker
Fee Range $10,000 and Below *
* This specific fee falls within this range. Ranges are presented as a guideline only. Speaker fees are subject to change without notice. For an exact quote, please contact your Keppler Speakers representative.
Add to Favorites
KevinHinesStory http://www.kevinhinesstory.com/

Kevin Hines, who survived a suicide attempt by jumping from the Golden Gate Bridge, inspires and educates others about living mentally healthy in the hopes of preventing more suicides.

Kevin is a best-selling author, documentary filmmaker, and suicide prevention and mental health advocate who has reached millions with his inspiring personal story of unlikely survival. At age 19, two years after he was diagnosed with bipolar disorder, he attempted to take his life by jumping from the Golden Gate Bridge. Since then, Kevin's strong will to live and stay mentally well has inspired people worldwide, and his journey to wellness has become a bridge of hope between life and death to others who seek ways to overcome mental pain and suffering.

A Lifetime Achievement Award honoree by The National Council for Community Behavioral Health, he is also the author of the best-seller, Cracked Not Broken: Surviving and Thriving After a Suicide Attempt. He was featured in the acclaimed film The Bridge, and has produce a documentary entitled Suicide: The Ripple Effect which is now available via the Theatrical On Demand platform.

Kevin spreads encouraging messages about living mentally healthy and the importance of seeking help and support during times of crisis, while underscoring the power of the human spirit to guide us in finding meaning, gratitude, and purpose in life. Candid, upbeat and full of hope and healing, he touches the hearts and minds of audiences everywhere as he delivers practical yet powerful skills for building a life-long mental wellness toolkit for oneself, and for your loved ones.