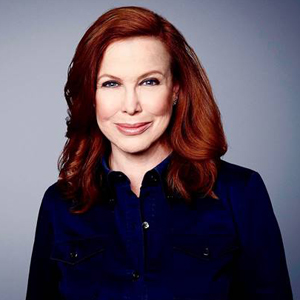 Kimberly Dozier is a contributing writer for The Daily Beast and CNN and the best-selling author of "Breathing the Fire: Fighting to Survive", and "Get Back to the Fight". Prior to her new role at The Daily Beast, Kimberly spent the past four years covering intelligence and counterterrorism for the Associated Press. She is a member of the Council on Foreign Relations and has received multiple awards including a 2009 Sigma Delta Chi award for her CBS News coverage of troops on the home front. She received another Murrow Award in 2002 for team CBS radio coverage of the fall of Kabul and hunt for Osama bin Laden. The author's proceeds from the paperback and e-book go to charities for the combat injured.

After the bombing, Dozier endured more than three dozen surgeries and months of rehab before returning to her job at CBS News. Her bosses were reluctant to let her return to the field, so four years after her injury, she made the bravest move of all--leaving the broadcast news business to go back to print--staying true to her principles that you can't keep the combat-injured in a "wounded box." Nothing would stop her from covering breaking news, wherever the headlines would take her.

Fellow journalist Tom Brokaw calls Dozier, "A master storyteller and one tough journalist. America is lucky to have her on the front lines of reporting," and she remains at the forefront of cutting-edge journalism. Not only is she a knowledgeable speaker on today's most pressing foreign affairs issues, with sources from the White House to Langley to Kabul, but her level of commitment, achievement, and perseverance make her an inspiration to us all.