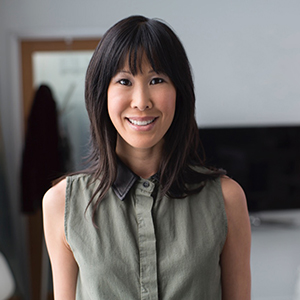 Award-winning journalist and co-author of Somewhere Inside: One Sister's Captivity in North Korea and the Other's Fight to Bring Her Home
Fee Range $10,001 - $20,000 *
* This specific fee falls within this range. Ranges are presented as a guideline only. Speaker fees are subject to change without notice. For an exact quote, please contact your Keppler Speakers representative.
Add to Favorites

Over almost two decades, award-winning journalist and web and TV host, Laura Ling has dedicated herself to exposing the world to critical global issues, including slave labor in the Amazon, the drug war in Mexico, Internet censorship in China, and women’s rights in Turkey.

As the Director of Development for Discovery Digital Networks, Ling oversees the creation and production of original web series. She is also the host of Going Off Grid and Rituals With Laura Ling.

Prior to joining Discovery Digital Networks, Ling hosted two documentary series on the E! Network that investigated topics such as teen suicide and underground youth subcultures in America. Previously, as Vice President of Current TV’s journalism department, Ling created the critically acclaimed investigative documentary series, Vanguard, which received numerous awards, including the Alfred I. DuPont Award. As a correspondent for SoCal Connected, a news magazine series, Ling’s work was recognized with both an Emmy and a national Edward R. Murrow award.

In March 2009, Ling captured the world’s attention from a different standpoint, when she was arrested and held captive in North Korea for 140 days, after attempting to report on the trafficking of North Korean women. Granted a special pardon, she returned to the U.S. and documented her experience in her 2010 memoir, "Somewhere Inside: One Sister’s Captivity in North Korea and the Other’s Fight to Bring Her Home," penned with her sister, Lisa.

Ling captivates audiences with a raw and candid look inside the life of an international journalist, including the importance of exposing critical global issues, the challenges faced in various parts of the world, and what she learned in one of the world’s most recluse countries.

She is kind, respectful, and humble. Laura is a joy to work with. University of Texas