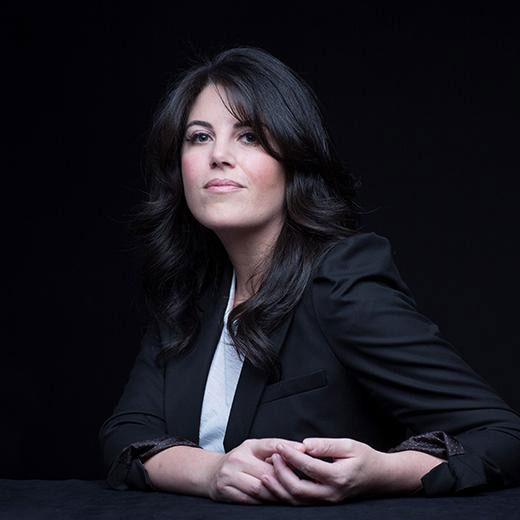 As a social activist, Monica Lewinsky’s passion is to advocate for a safer social media environment. As a public speaker, writer, producer and contributor to Vanity Fair she addresses such topics as survival, resilience, digital reputation and equality.

Lewinsky became known to the public in 1998, when it was revealed as part of a federal investigation that she had had an intimate relationship with then President Bill Clinton. Overnight, at just 24 years old, she went unwillingly, from being an entirely private individual to a public figure on the global stage.

In 2014, after a decade-long, self-imposed retreat from public life, Lewinsky authored an essay for Vanity Fair titled Shame and Survival in which she overlapped personal experiences and cultural observations regarding the shift towards, what Professor Nicholaus Mills calls, a “Culture of Humiliation.” (June, 2014). The acclaimed piece was nominated for a National Magazine Award, and became an entry point for her to begin a process she describes as “taking back my narrative and giving a purpose to my past.” Lewinsky has since written many pieces for the magazine, including one about the #MeToo movement.

Her lens for societal issues and human rights advocacy is focused by a myriad of unique and profound personal and professional experiences. Being at the center of a legal, political, and media maelstrom nearly destroyed her. Lewinsky is an example of how people can overcome even the most difficult situations. Her survival – despite the odds – is a compelling and inspiring story of resilience.

Monica was terrific. As advertised by you ... authentic, empathetic and relevant.