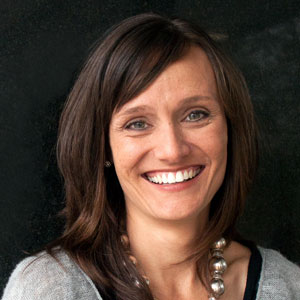 NPR Morning Edition host, Rachel Martin, has an extensive journalistic background. She served as the White House Correspondent for ABC News from 2008 through 2010 when she became National Security Correspondent for NPR.

In that role, Martin covered defense and intelligence issues, traveling to Iraq and Afghanistan with the Secretary of Defense, reporting on the U.S. wars and the effectiveness of the Pentagon's counterinsurgency strategy. She also reported extensively on the changing demographic of the U.S. military – from the debate over whether to allow women to fight in combat units to the repeal of Don't Ask Don't Tell.

Martin was part of the team that launched NPR's experimental morning news show, The Bryant Park Project, based in New York — a two-hour daily multimedia program that she co-hosted with Alison Stewart and Mike Pesca.

Previously, as NPR's Religion Correspondent, Martin’s piece on Islam in America was awarded "Best Radio Feature" by the Religion News Writers Association. From 2005-2006, Martin worked as an NPR Foreign Correspondent, based in Berlin, Germany, where she covered the London terrorist attacks, the federal elections in Germany, the 2006 World Cup and issues surrounding immigration and shifting cultural identities in Europe.

Martin has reported extensively in Afghanistan, covering the reconstruction effort in the wake of the U.S. invasion in 2003. In 2004, she covered Afghanistan's first democratic presidential election. She has reported widely on women's issues in Afghanistan, the fledgling political and governance system and the U.S.-NATO fight against the insurgency. She has also reported from Iraq, where she covered U.S. military operations and the strategic alliance between Sunni sheiks and the U.S. military in Anbar province.