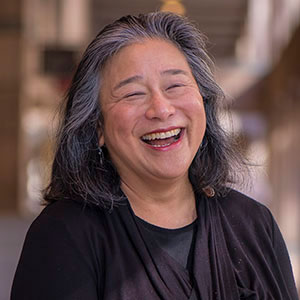 Executive Vice President, Chief Strategy and Policy Officer for the Obama Foundation
Fee Range $20,001 - $30,000 *
* This specific fee falls within this range. Ranges are presented as a guideline only. Speaker fees are subject to change without notice. For an exact quote, please contact your Keppler Speakers representative.
Add to Favorites
TinaTchen

Tina Tchen shares hope, ideas and strategies that inspire others to recognize the power of diverse teams and keep equality on the forefront of the global agenda.

Now the Executive Vice President, Chief Strategy and Policy Officer for the Obama Foundation, Tina Tchen served previously as Chief of Staff to the First Lady, Special Assistant to President Barack Obama and Executive Director of the Council on Women and Girls. She led the first-ever White House Summit on Working Families as well as the first-ever United State of Women Summit. A passionate champion for empowering women in leadership, breaking through male-dominated industries and advocating for women’s and children’s issues, Tchen also speaks on work/life balance and encouraging diversity and inclusion in the workforce.

A high-powered lawyer, Tina Tchen’s career accomplishments have established her as a powerful advocate for gender equality. Following her eight years of service at the White House, Tina was actively involved with the Time's Up initiative, in which 300 prominent women in the entertainment world banded together to create a legal defense fund with the goal of supporting women dealing with sexual harassment across all industries. Ms. Tchen co-founded the Time's Up Legal Defense Fund, which is administered by the National Women’s Law Center and has raised over $22 million to connect victims of workplace sexual harassment with lawyers.

A passionate champion for women’s and children’s issues, including women in positions of leadership, Tina shares her unique perspective and insights on workplace culture, breaking through male-dominated industries, and ending campus sexual assault. She is the recipient of numerous awards including the Leadership Award from the Women’s Bar Association of Illinois and the Women of Achievement Award from the Anti-Defamation League.

Energetic, authentic and engaging on stage, she empowers the next generation to raise their voices and take action now to secure a better tomorrow for women and minorities across the country and world.