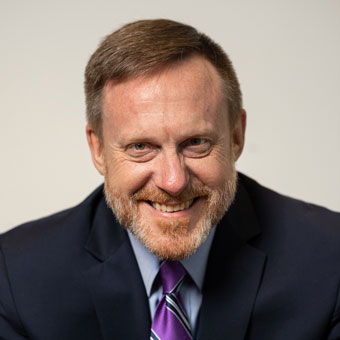 Former NSA Director and head of US Cyber Command and the Central Security Service; Consultant; Senior Fellow and Professor at Northwestern University’s Kellogg School of Management
Fee Range $30,001 - $50,000 *
* This specific fee falls within this range. Ranges are presented as a guideline only. Speaker fees are subject to change without notice. For an exact quote, please contact your Keppler Speakers representative.
Add to Favorites

Former NSA Director and head of US Cyber Command shows leaders how to embrace chaos as an opportunity for change.

A four-star Admiral with 37 years of service, including his leadership roles as the Director of the National Security Agency (NSA), Commander of U.S. Cyber Command and the Central Security Service, Admiral Rogers’ experience as a cybersecurity practitioner and policymaker is unmatched. Serving in these roles at the highest levels of government under both Presidents Obama and Trump, Admiral Rogers helped the country navigate some of the most pivotal security matters since the Cold War.

At the helm of the largest intelligence organization in the free world—with a multi-billion-dollar budget and a global team of military, civilian, and contractor employees that numbered in the tens of thousands—Admiral Rogers worked across all three branches of the U.S. government to develop and implement cyber solutions, partnering with the DoD, DHS, FBQ, Department of State, the Congress, the FISA court, and the U.S. and global intelligence community as well as foreign civilian and military cyber organizations. He also worked across the military to recruit, train and deploy the special cadre of cyber warriors the nation relies on to detect and respond to terrorist threats and carry out cyber operations and intelligence on foreign adversaries. As he poignantly shares in his presentations, it was leading people that gave him the greatest hope for the future of creating more resilient organizations. According to Rogers, today’s leaders—in government and the private sector—need to inspire a new level of engagement within their people—one that ignites passion, creates a profound connection to the organization, and ultimately empowers teams with a mindset for growth.

Admiral Rogers retired from active duty in the US Navy in June of 2018. He currently serves as an advisor or board member to multiple private-sector firms on cybersecurity and speaks globally to business and academic groups internationally in the cyber and national security arenas. Rogers is also a Senior Fellow and Adjunct Professor with Northwestern University’s Kellogg School of Managements’ Public Private Initiative and a member of the advisory board of Auburn University’s McCrary Institute for Cyber and Critical Infrastructure.