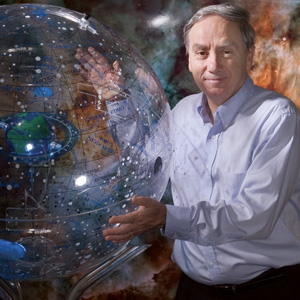 Renowned Astrophysicist, Lecturer, and Best-selling Author of "Brilliant Blunders: From Darwin to Einstein"
Fee Range $10,000 and Below *
* This specific fee falls within this range. Ranges are presented as a guideline only. Speaker fees are subject to change without notice. For an exact quote, please contact your Keppler Speakers representative.
Add to Favorites
Mario_Livio http://www.mariolivio.com

Dr. Mario Livio is an internationally known astrophysicist, a best-selling author, and a popular speaker.

He is a Fellow of the American Association for the Advancement of Science, who worked for 24 years with the Hubble Space Telescope. Livio has published more than 400 scientific papers on topics ranging from Dark Energy and cosmology to black holes and extrasolar planets.

Dr. Livio is also the author of six popular science books, including The Golden Ratio (an International Bestseller for which he received the "Peano Prize" and the "International Pythagoras Prize") and Is God A Mathematician? (which was the basis for the 2016 Emmy-nominated TV NOVA program The Great Math Mystery). Livio's book Brilliant Blunders was a national bestseller in the U.S., and was selected by the Washington Post as one of the "Best Books of the Year.” His latest book, Why? What Makes Us Curious, appeared in the U.S. in July, 2017, and has been nominated for the Grawemeyer Award in Psychology. His latest publication, Galileo and the Science Deniers, is set to be released in May of 2020.