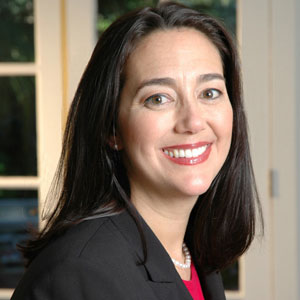 Inspirational Educator & Author of #1 NYT Bestseller The Freedom Writers
Fee Range $10,001 - $20,000 *
* This specific fee falls within this range. Ranges are presented as a guideline only. Speaker fees are subject to change without notice. For an exact quote, please contact your Keppler Speakers representative.
Add to Favorites
freedomwriters

Former inner-city high school English teacher Erin Gruwell changed the lives of her students and became a change agent for the future of education with her philosophy of tolerance, respect, and the power of writing one’s own story.

Charged with turning around a class of low performing, underserved kids who lived in a community plagued by gang violence and racial hostility, Gruwell compared the family feud in Romeo and Juliet to a gang war and used the stories of Anne Frank and Zlata Filipović—students who wrote about their lives during wartime—to help students recognize the transformative power of writing their own stories in a world that felt chaotic and out of control.

Promoting tolerance and acceptance, Gruwell inspired her students to re-chart their futures. Sharing their journal entries with each other anonymously, teens who once refused to speak to kids of other races embraced each other as family. Dubbing themselves the “Freedom Writers”—in homage to civil rights activists known as the Freedom Riders—Gruwell and students captured their journey in the New York Times #1 bestseller, The Freedom Writers Diary, which has been called an “eye-opening, spirit-raising odyssey against intolerance and misunderstanding.” The book sold over one million copies and inspired the major motion picture Freedom Writers, starring Oscar winner Hilary Swank as Erin.

All 150 of Gruwell’s students graduated from high school, became published writers and catalysts for change, and over half graduated from college. Many remain active with the foundation Gruwell formed to teach the Freedom Writers philosophy and methods to schools around the country. Erin is also the author of Teach with Your Heart: Lessons I Learned from the Freedom Writers, and the Freedom Writers Teacher’s Guide, which helps teachers implement her lessons in their own classrooms. Her story and that of her students was also chronicled in the documentary Freedom Writers: Stories from an Undeclared War.

As a speaker, Erin draws on her educational philosophy and inspiring story to deliver powerful insights on effectively fostering teamwork, harnessing passion to create change, and helping individuals realize and maximize their potential. In March of 2022, a sequel celebrates the program’s legacy and relevance today. Dear Freedom Writer: Stories of Hardship and Hope from the Next Generation includes deeply personal, powerful stories written by 50 students from around the globe during the COVID pandemic—each one answered by one of the original Freedom Writers on topics that span generations—including abuse, racism, discrimination, poverty, incarceration, teen parenthood, mental health, self-harm, imposed borders, LGBTQIA+ identity, and police violence.