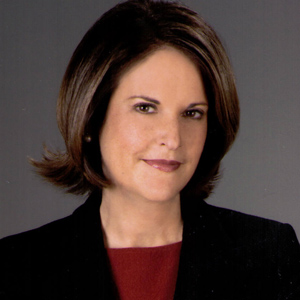 CNN Chief Political Analyst
Fee Range $20,001 - $30,000 *
* This specific fee falls within this range. Ranges are presented as a guideline only. Speaker fees are subject to change without notice. For an exact quote, please contact your Keppler Speakers representative.
Add to Favorites
GloriaBorger

With humor, candor and an insider’s perspective, Borger breaks down the political and policy issues of the day, making them accessible to all audiences, and reveals how current news and events will influence the future and the lives and careers of everyday citizens.

Since beginning her career as a journalist at the Washington Star in 1976, Borger has climbed the ranks and become an in-demand Washington political analyst. Known for her appearances on CNN's The Situation Room and as part of the CNN Election Center, she was also a contributing editor to U.S. News and World Report, where she wrote the "On Politics" column. She also played a key role in CNN's America Votes 2008 coverage, which earned the network a Peabody Award.

Formerly a CBS News national political correspondent and a contributor on Face the Nation and 60 Minutes II, Borger has extensive experience covering the ins and outs of politics in election years and beyond. Whether covering the legislative process as Newsweek's former chief congressional correspondent or following day-to-day actions in an election season, Borger provides keen insight into what makes the nation tick.