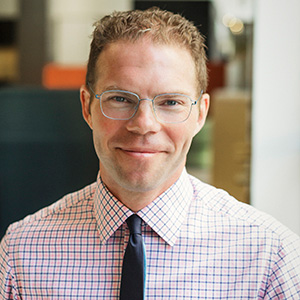 Expert on Globalization, Urbanization and Innovation
Fee Range $10,001 - $20,000 *
* This specific fee falls within this range. Ranges are presented as a guideline only. Speaker fees are subject to change without notice. For an exact quote, please contact your Keppler Speakers representative.
Add to Favorites
greg_lindsay http://www.greglindsay.com

Hailed as an expert on the future of travel, technology and urbanism by The New York Times, The Wall Street Journal and CNN, Greg Lindsay, is a journalist, futurist and established authority on globalization and innovation.

Described as “intellectually stimulating and thought-provoking,” the two-time Jeopardy! champion (and only human to go undefeated against IBM’s Watson) has been invited to share his insights at the Aspen Ideas Festival, the U.S. State Department and with several Fortune 100 companies, including Google, Intel, Boeing and FedEx.

With more than a decade of writing and research on globalization, urbanism, innovation and adaptability, Lindsay has produced groundbreaking insight featured in leading outlets, including Harvard Business Review, Bloomberg Business, McKinsey Quarterly, World Policy Journal, and on NPR and the BBC.

Lindsay is a senior fellow at NewCities and the director of strategy of its offshoot LA CoMotion — an annual urban mobility festival in the Arts District of Los Angeles, a visiting scholar at NYU and a contributing writer for Fast Company. He received critical acclaim as co-author of Aerotropolis: The Way We’ll Live Next, hailed as an essential guide to the 21st century.

Recognized for his sharp intellect, quick wit and brilliant perspective, Lindsay engages audiences with mind-blowing insights on globalization, offering fascinating visions of our interconnected future, the potential challenges and opportunities, and unique perspectives on everything from office cubes to advancing technologies changing human behavior.