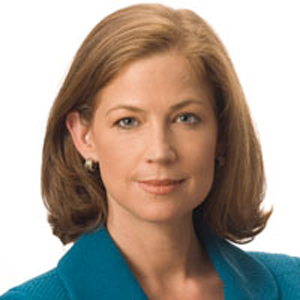 An award-winning legal journalist, Jan Crawford has covered the Supreme Court for more than 10 years and has had extensive interviews with nine of its justices. She is also the New York Times best-selling author of Supreme Conflict: The Inside Story of the Struggle for Control of the United States Supreme Court, hailed by CBS's Bob Schieffer as a "masterpiece of reporting."

A penetrating and unvarnished look at the US Supreme Court confirmation battles, the book is a news-breaking account of the coordinated campaign to move the Court in a more conservative direction. With high-level sources inside the White House, in the Justice Department, and on Capitol Hill, Crawford gained unique access to the leading players in the confirmations.

She previously served as an ABC News legal correspondent, the Supreme Court analyst for PBS's NewsHour with Jim Lehrer and CBS's Face the Nation, and was the chief legal affairs writer for the Chicago Tribune. On the NewsHour, Crawford provided live, gavel-to-gavel coverage of the Supreme Court confirmation hearings of Chief Justice Roberts and Justice Alito. Her exclusive reports and inside accounts of those nominations received wide acclaim.

She has taught journalism at American University and frequently speaks about the Court to universities, law schools, legal organizations, and civic groups across the country. Combining her insider's knowledge and experience covering the Supreme Court , Crawford shares expert insight on the nation's legal issues.