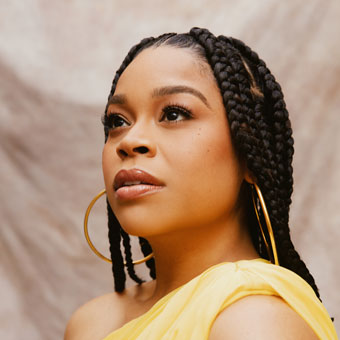 Actor, activist and star of the Netflix hit series Gentefied
Fee Range $20,001 - $30,000 *
* This specific fee falls within this range. Ranges are presented as a guideline only. Speaker fees are subject to change without notice. For an exact quote, please contact your Keppler Speakers representative.
Add to Favorites
La_Julissa

Julissa Calderon is an actress, writer, producer, and director from Miami. She is best known for playing the dynamic role of Yessika Castillo, a strong-willed activist, in the MACRO/Netflix series, Gentefied.

Prior to that, she was a digital content creator where her videos garnered roughly 100 million views across digital platforms.

Julissa is passionate about illuminating and celebrating Afro-Latinx women and culture – whether it's by speaking at colleges across the country, or through collaborations with brands like McDonald's HACER Scholarship Program - to which she's been an ambassador for the past three years. She is also the founder of Manifest That Sh*t, a journal for passion, gratitude and manifesting one's dreams.

She can currently be seen in season two of Gentefied, and Gloria Calderon Kellet's new Amazon series, With Love.