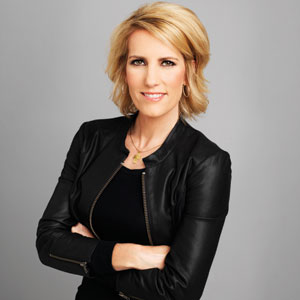 Always ready to challenge the status quo, Laura Ingraham has proven herself to be a viable contender in the race for ratings in the "boys only" radio club.

As the most-listened-to woman in political talk radio in the United States, Ingraham captivates her listeners with compelling conversations that combine current events with humor. "People need more laughter and fewer lectures; more fresh insights and fewer stale talking points. Each day The Laura Ingraham Show drives the national conversation with humor and inspiration for a nation that sorely needs it," says Ingraham.

The Laura Ingraham Show is heard on hundreds of stations nationwide and has been addicting legions of listeners since its launch in 2001. Always smart and entertaining, Ingraham is also a regular FOX News contributor and the principal substitute host of The O'Reilly Factor.

In addition to hosting her own syndicated radio program, Ingraham is the #1 New York Times bestselling author of five books: The Hillary Trap, Shut Up & Sing, Power to the People, The Obama Diaries, and Of Thee I Zing: America's Cultural Decline from Muffin Tops to Body Shots.

Ingraham is also the Editor-in-Chief and Co-Founder of LifeZette, "a cultural and political web destination for conservatives and independents."

A former litigator and Supreme Court law clerk, Ingraham draws from her legal and political background, her commitment to conservative principles and extensive experience within the media landscape to educate audiences with unique insight, perspective and her trademark wit.