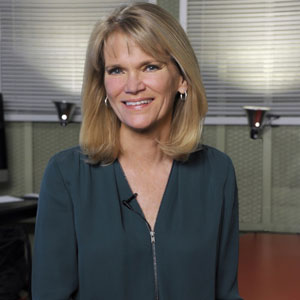 Martha Raddatz is one of America's most respected international and political journalists. As co-moderator of the 2016 presidential debate and widely praised for her command in moderating the 2012 vice presidential debate, she is well-suited to cover what it sure to be an influential 2020 election. Radditz serves as the primary substitute on ABC's This Week and is a frequent guest on PBS's Washington Week.

Prior to her current role at ABC News, Raddatz served as Senior Foreign Affairs correspondent and before that, White House correspondent. In addition to covering day-to-day foreign and domestic stories from the White House, Raddatz has reported from Haiti, Yemen, and south Asia.

She has also traveled to the Mideast dozens of times to cover the ongoing conflict. She was the only television reporter allowed to cover a combat mission over Afghanistan in an F15 fighter jet. In the early hours of June 8, 2006, she was the first correspondent to report that Abu Musab al-Zarqawi, the leader of al Qaeda in Iraq, had been killed in a U.S. air strike. In 2011 she reported exclusive details on the raid that killed Osama Bin Laden.

The Emmy and Peabody Award-winning reporter is the 2012 recipient of the First Amendment Award from the Radio Television Digital News Foundation for excellence in journalism as well as the prestigious Fred Friendly First Amendment Award. In 2013, she was awarded the Walter Cronkite Excellence in Journalism Award. She is the author of the NYT best-selling book "The Long Road Home -- A Story of War and Family", released in 2007.

Audiences will be mesmerized by Raddatz's deep knowledge of the inner working of the global landscape as she eloquently shares her astonishing personal and professional observances from a career covering the major stories of the day.