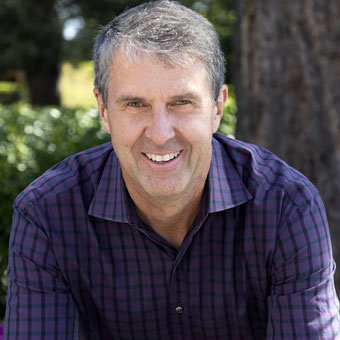 Innovation expert, former Chief Xbox Officer for Microsoft and author of Xbox Revisited: A Game Plan for Corporate and Civic Renewal
Fee Range $20,001 - $30,000 *
* This specific fee falls within this range. Ranges are presented as a guideline only. Speaker fees are subject to change without notice. For an exact quote, please contact your Keppler Speakers representative.
Add to Favorites
robbie_bach https://www.robbiebach.com

The man who built and led the team that created the Microsoft Xbox, former Chief Xbox Officer Robbie Bach shows leaders, managers and teams how to build the creative, resilient, change-ready cultures required for the Future of Work — a future that is already here.

You have to build the foundation before you put up the house. True in business, true in civics, true in life. Robbie Bach

Among the secrets of Robbie’s success were his insistence on being led by strategy and an “intrapreneurial” approach to building an innovation-friendly Xbox culture distinct from that of Microsoft.

Equal parts storyteller, entrepreneur and strategy architect, Bach shows audiences why resilient, creative cultures don’t just happen, but must be built — and he gives leaders and teams a proven and actionable game plan. The 3P Strategic Framework that Robbie and his team designed to keep everyone focused on the Purpose, Principles and Priorities that mattered most is a rubric that seems prescient today, given how well it works to align distributed teams in a work-anywhere world.

Robbie’s 22-year career at Microsoft included various product marketing, general management and business leadership roles. After leading the Xbox team from its startup to the launch of Xbox Live, he was named president of the Entertainment and Devices Division. In that role, he was responsible for the company’s worldwide gaming, music, video, phone and retail sales businesses until he retired from Microsoft in 2010.

Today, Robbie works with corporate, philanthropic, and civic organizations to help build the resilient, creative cultures that drive successful enterprises and positive change in our communities. In 2015, he published his first book, Xbox Revisited: A Game Plan for Corporate and Civic Renewal. In 2021, he published his first novel, The Wilkes Insurrection.

Bach serves as a board member for the augmented reality company Magic Leap. He also chairs the board of the Bipartisan Policy Center and serves on the national board of governors for Boys and Girls Clubs of America. Robbie was an Arjay Miller Scholar at the Stanford Graduate School of Business, where he earned his MBA, and a Morehead Scholar at the University of North Carolina, where he earned a degree in economics.

Robbie truly rocked the house! Everyone at HCI including our CEO was very impressed with his presentation and we were thrilled knowing we made the right choice! Human Capital Institute