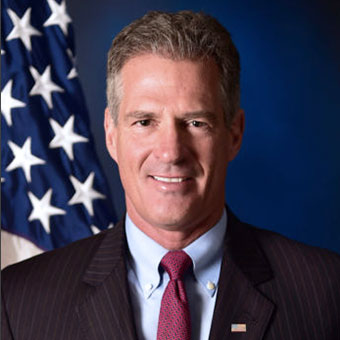 From the global economy, war in the Ukraine, and the nation’s policy agenda to the 2022 midterm elections and the polarization of America, former Ambassador Scott Brown helps audiences consider what’s next and what the impact on business and the economy will be.

An established conservative leader and strong believer in collaboration, Senator Brown rose to national prominence when he succeeded Ted Kennedy as the first Republican elected to the U.S Senate from Massachusetts in more than 40 years. During his tenure he served in many capacities, including as a ranking member of the Committee on Homeland Security and Governmental Affairs and as a member of the Committee on Small Business. His long history of public service includes his many years in the Massachusetts legislature before he was elected to Congress. Most recently, he was the U.S. Ambassador to New Zealand.

Drawing from his experiences as a Washington insider and a bipartisan creator of growth across various industry sectors, Senator Brown offers nuanced insights on the impact of national politics to your organization and industry. From energy policy and questions of national security to congressional ethics and immigration, audiences will gain a deeper understanding of how federal policy, legislation, and the actions of movers and shakers on Capitol Hill could influence the trajectory of businesses and the economy, today and in the future.

He was easy to work with and was well received by our members. Food Marketing Institute