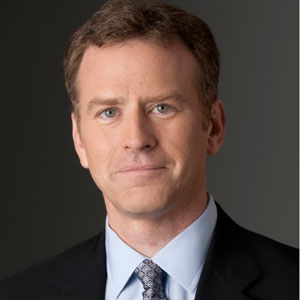 Steve Inskeep is host of NPR's Morning Edition, as well as NPR's morning news podcast Up First, along with Rachel Martin, David Greene, and Noel King.

Since joining Morning Edition in 2004, Inskeep has hosted the program from New Orleans, Detroit, San Francisco, Cairo, and Beijing; investigated Iraqi police in Baghdad; and received a Robert F. Kennedy Journalism Award for "The Price of African Oil," on conflict in Nigeria. He has taken listeners on a 2,428-mile journey along the U.S.-Mexico border, and 2,700 miles across North Africa. He is a repeat visitor to Iran and has covered wars in Syria and Yemen.

Inskeep says Morning Edition works to "slow down the news," making sense of fast-moving events. A prime example came during the 2008 Presidential campaign, when Inskeep and NPR's Michele Norris conducted "The York Project," groundbreaking conversations about race, which received an Alfred I. duPont-Columbia University Silver Baton for excellence.

Inskeep was hired by NPR in 1996. His first full-time assignment was the 1996 presidential primary in New Hampshire. He went on to cover the Pentagon, the Senate, and the 2000 presidential campaign of George W. Bush. After the Sept. 11 attacks, he covered the war in Afghanistan, turmoil in Pakistan, and the war in Iraq. In 2003, he received a National Headliner Award for investigating a military raid gone wrong in Afghanistan. He has twice been part of NPR News teams awarded the Alfred I. duPont-Columbia University Silver Baton for coverage of Iraq.

Inskeep is the author of Instant City: Life and Death in Karachi, a 2011 book on one of the world's great megacities. He is also author of Jacksonland, a history of President Andrew Jackson's long-running conflict with John Ross, a Cherokee chief who resisted the removal of Indians from the eastern United States in the 1830s.