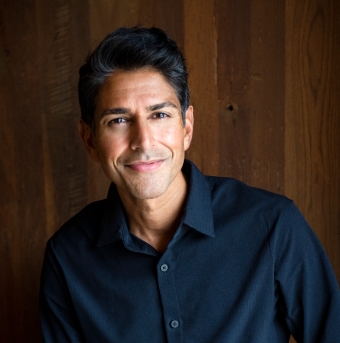 Best-selling author of Backable: The Surprising Truth Behind What Makes People Take a Chance on You, innovation thought leader, and member of the Harvard University faculty
Fee Range $30,001 - $50,000 *
* This specific fee falls within this range. Ranges are presented as a guideline only. Speaker fees are subject to change without notice. For an exact quote, please contact your Keppler Speakers representative.
Add to Favorites
suneel https://www.backable.com/

Suneel Gupta is the founder of RISE, author of Backable, and on the faculty at Harvard University. He's been heralded as one of the most inspiring innovation speakers in the country by leaders at Deloitte, Walgreens and NASDAQ.

An experienced expert at accelerating growth and innovation, he helped grow Groupon from a tiny startup into a multi-billion dollar company in less than two years. He since founded and serves as the CEO of RISE, which is tackling the obesity epidemic through personalized mobile technology. His company has raised funding from Greylock and Google.

Suneel is an expert on lean product development and he was handpicked by Eric Ries to be the closing keynote speaker at the Lean Startup conference in 2011. He has guest lectured and worked with universities around the world, including Stanford, Harvard, and Yale.

Suneel is also a lawyer and filmmaker. He started his career in the Clinton White House where he served as a speechwriter, learning from West Wing staffers like Michael McCurry and Rahm Emanuel. A few years later, he was asked to co-author the national platform for the Democratic Party.

In the media world, he blogged for MTV and produced the Kahani Movement, an interactive film project about the first generation of Indian-Americans, which debuted at South by Southwest with his brother, Dr. Sanjay Gupta (CNN). He also worked for the President of Sony Pictures Television when the studio was investing in new creative concepts like Breaking Bad.

Suneel has always moved quickly. In less than six years total, he earned a B.S. from the University of Michigan, an MBA from the Kellogg School of Management, and a JD from Northwestern University School of Law.

Suneel left our team smarter and ready to innovate.