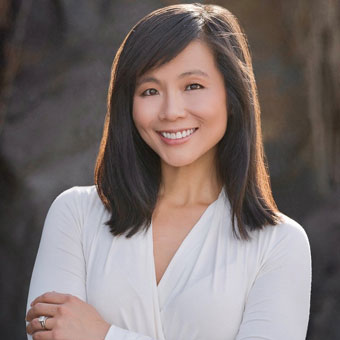 Jiang has covered the White House beat since 2018, including the transition between the Trump and Biden administrations. She has also reported extensively on the increased violence against the AAPI community and the resulting policy changes. Jiang has traveled on Air Force One on several occasions, both domestically and abroad. She has covered major stories for the Network including the President's impeachments, the 2020 Presidential campaign and election, and the confirmations of Judges Brett Kavanaugh and Amy Coney Barrett to the Supreme Court. During her coverage of the Trump administration's response to the COVID-19 pandemic, the answers to her questions during press briefings often made news.

Jiang joined CBS News in 2015 as a correspondent for Newspath, the Network's 24-hour television newsgathering service for CBS stations and broadcasters around the world. Since then, she has reported extensively on both the Obama and Trump administrations, the 2016 presidential campaign and election, the funeral of former first lady Barbara Bush; and the congressional baseball shooting that wounded Rep. Whip Steve Scalise (R-La.). She has also covered a number of national stories such as Hurricane Harvey, the catastrophic category 4 hurricane that hit Texas in 2017.

Before coming to CBS News, Jiang was a general assignment reporter and fill-in anchor at WCBS-TV in New York (2012-2015) where she covered Superstorm Sandy; the shootings at Sandy Hook Elementary School in Newtown, Conn.; and the Boston Marathon bombings.