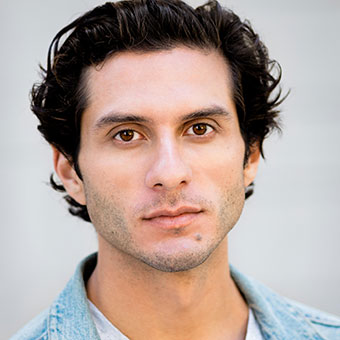 Grandson of Cesar Chavez, Filmmaker
Fee Range $10,000 and Below *
* This specific fee falls within this range. Ranges are presented as a guideline only. Speaker fees are subject to change without notice. For an exact quote, please contact your Keppler Speakers representative.
Add to Favorites
https://www.hailingcesar.com/

As the grandson of both the legendary civil rights activist César Chávez and the Cuban revolutionary Max Lesnik, Eduardo Chavez is the scion of two revolutionary families.

Since its debut, Eduardo has screened Hailing Cesar and spoken at 50+ universities in 3 different countries. In addition to being a director, speaker & activist, Eduardo is the co-founder of Latindia Studios and a member of the Speakers’ Board for the Chavez Institute for Law and Social Justice.

Eduardo is also the host of the podcast We Are Latinx. Launched this year, he interviews Latinx individuals about their work and how their culture shapes it. It is now streaming on Spotify and Apple Podcasts.