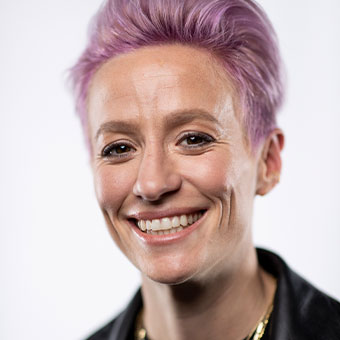 Two-time World Cup Champion and co-captain of the US Women’s National Soccer Team, Megan Rapinoe is a fan favorite and one of the team’s most technical players.