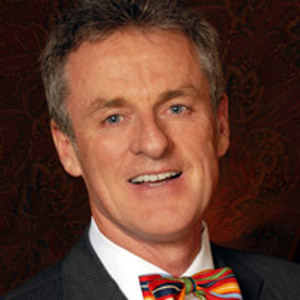 Best-Selling Author of "Double-Digit Growth" and Management Consultant
Fee Range $30,001 - $50,000 *
* This specific fee falls within this range. Ranges are presented as a guideline only. Speaker fees are subject to change without notice. For an exact quote, please contact your Keppler Speakers representative.
Add to Favorites
http://www.treacyandco.com

Globalizing markets are the opportunity of a lifetime. The size of the middle-class is about to triple worldwide due to increasing standards of living across the globe. Companies that lean into the future and focus will dominate and increase scale, scope and power. Those who don't are at risk. Michael Treacy shows leaders how to look at competition, customers, people, finance and markets in a new way -- laying out the pathways for global growth and market leadership.

Treacy is a veteran voice on such issues. In the 1990s he showed how to gain a competitive advantage through value leadership in his bestselling book "The Discipline of Market Leaders". A decade later in "Double Digit Growth" he proved how rapid, steady and profitable growth can be dialed up on purpose. And now Treacy's radically different thinking is again leading the way -- helping leaders assess the global opportunity and face an unprecedented globalizing marketplace that brings with it an assault by upstart competitors who are smart, motivated and who take the long view.

Treacy's clear strategies help leaders in businesses large and small.  He draws on over 30 years of experience as a researcher and adviser -- he has helped some of the world's best known companies achieve growth and innovate their way to greater profitability in unpredictable times. Treacy also takes his own medicine; the venturing arm of his consulting and research firm, Treacy & Company, applies his strategies to its portfolio of seven fast-growing companies. Each year they fund and launch at least one new start-up that has the prospect of being a game-changer in the markets they target. A former professor of management at the Sloan School of Management at Massachusetts Institute of Technology, Michael Treacy has published numerous articles over the past two decades in magazines and journals and is a frequent contributor to the Harvard Business Review.

He made a great impression on the entire group...delivered on the content in a compelling way for us, gave future guidance, and really rolled up his sleeves and engaged with the entire team. Comcast