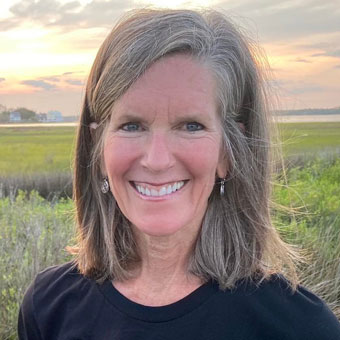 Founder of Girls on the Run
Fee Range $10,000 and Below *
* This specific fee falls within this range. Ranges are presented as a guideline only. Speaker fees are subject to change without notice. For an exact quote, please contact your Keppler Speakers representative.
Add to Favorites
http://www.mollybarker.com

Molly Barker is an American educator, social entrepreneur, and visionary. She is best known as the founder of Girls on the Run International, the self-esteem, youth-development and healthy lifestyle program for third- to eighth-grade girls.

Molly Barker started Girls on the Run International in 1996 with 13 girls in Charlotte, NC. Since then, the program has grown to include schools in all 50 states, inspiring over 2.5 million girls to know and activate their limitless potential. The 10-week program has been recognized by the National Afterschool Association (NAA) as one of the most influential after-school programs in the country.

In 2013, Molly retired from the day-to-day operations of Girls on the Run when she was chosen to serve on the Commission for Political Reform, a group tasked by the Bipartisan Policy Committee to address the nation’s widening political divide. Fellow members of the commission included Olympia Snowe, Tom Daschle, Trent Lott, Vicki Kennedy and other esteemed leaders.

Her time in D.C. inspired Molly to design The Red Boot Way, an intentional form of communication that encourages deep listening and profound curiosity when challenged by those with differing perspectives. The Red Boot Way is used by a wide range of organizations and in multiple venues, including workshops and retreats facilitated by Molly.

Molly is a bold storyteller, unabashed in her truth telling. Trauma, addiction, recovery and self-discovery are powerful elements of her story. As a speaker, Molly is known for her audacious vulnerability, her willingness to challenge society's flawed and oppressive status quo, and her heartful allegiance to the ultimate rebellion . . . being oneself.

Barker is also a writer, an athlete, a retreat designer and facilitator, and the mother to two grown children, James and Helen. When asked recently what his mom does for a living, James replied, "I don't know what she does exactly, but I do know how she makes people feel seen, heard, empowered and loved.”

I am happy to recommend Molly as a speaker. She's inspiring and motivating and certainly leaves the audience wanting to do more for themselves and others. Procter & Gamble