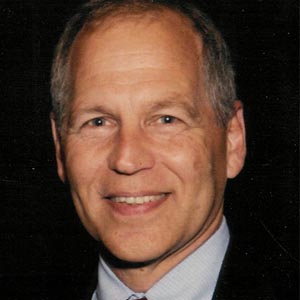 Interest Rate Forecaster and Investment Banker
Fee Range $10,000 and Below *
* This specific fee falls within this range. Ranges are presented as a guideline only. Speaker fees are subject to change without notice. For an exact quote, please contact your Keppler Speakers representative.
Add to Favorites
EconBobG http://www.classicalprinciples.com/

Robert Genetski's experience in the world of economics and finance involves a unique combination of business and academic expertise.  He has headed asset management, investment research departments and served as chief economist for several financial institutions. He has also taught economics at NYU and the University of Chicago's Graduate School of Business.

A highly sought-after speaker, he is renowned for using humor and anecdotes to make complex economic principles easily understandable. For four consecutive years he has been recognized as one of the top-five speakers in the fields of Economics and Finance and has appeared on CNN, Fox News and nationally syndicated radio.

A Ph.D. in economics from NYU, Genetski worked in the financial industry before founding his own economic and financial consulting service, has served on the board of a number of public companies and provides insights on his website: classicalprinciples.com.

He has written several books, including "A Nation of Millionaires," "Taking the Voodoo out of Economics," and "Winning with Money." His latest, "Classical Economic Principles & the Wealth of Nations" has received rave reviews for its clear, concise explanation of the economic policies necessary to promote wealth and prosperity.

An advocate of classical economics, Genetski used these principles to create accurate financial forecasts, from predicting stagnation in 1977, economic revival in the 1980s and 1990s, to historically-low interest rates during the past decade. On two separate occasions Genetski was recognized as the top interest rate forecaster in the country.

Educate your audience with a leading economist who will discuss this nation’s economic future and enlighten them on how to achieve their own economic growth and prosperity.