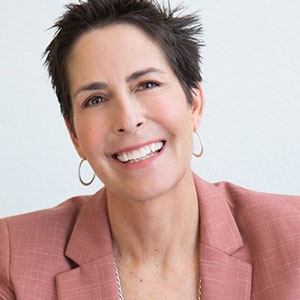 World Champion Triathlete and High-Performance Coach; Cancer Survivor and Named One of Tony Robbins Favorite Motivational Speakers
Fee Range $10,001 - $20,000 *
* This specific fee falls within this range. Ranges are presented as a guideline only. Speaker fees are subject to change without notice. For an exact quote, please contact your Keppler Speakers representative.
Add to Favorites

Siri Lindley barely knew how to swim when she began the training regimen that would lead her to conquer prestigious triathlons such as the ITU World Championships. Today, as the world’s former #1 ranked triathlete, an in-demand coach, one of Tony Robbins favorite motivational speakers, and cancer survivor, Siri has made it her business to change lives for the better.

It's never too late to live the life you always dreamed. Siri Lindley

Siri shares fear-shattering strategies for changing the thoughts, habits, and behaviors that hold people and organizations back. With an infectious and authentic passion, she empowers audiences to strive for peak performance, work through and ultimately conquer the demons of fear and self-doubt.

Siri failed early and often before she found her formula for success and shares the story of how her early insecurities caused and controlled much of that failure. At the age of 23, she was disowned by her father after coming out as gay and blamed him for everything bad that went on in her life. She also suffered from chronic performance anxiety that sabotaged her early competitions until she met an eccentric coach who helped transform her into a world champion. In turn, she now coaches many of the world’s top athletes, helping them heighten their performance.

During her pro career, Siri dominated the International Triathlon Union World Rankings; she was the 2001 ITU World Champion, won 13 World Cup races including the World Cup Series in 2001 and 2002, when she was the number one ranked triathlete in the world. As a coach she has mentored and trained numerous #1 ranked triathletes to achieving Olympic medals and World Championship crowns distances.

But performance anxiety, nagging self-doubt and obsessive-compulsive disorder have not been Siri’s only challenges. In late 2019, Siri faced her most difficult battle yet when she was diagnosed with Acute Myeloid Leukemia. Given only a 10% chance of survival at the time of her diagnosis, she was fortunate to become eligible for a new treatment and was pronounced cancer-free by her doctors in May of 2020.

In her book, Surfacing: From the Depths of Self-Doubt to Winning Big and Living Fearlessly, Siri offers an breathtakingly honest and bold account of her journey to self-belief and self-discovery and unlocking the champion within. Siri is currently working on her second book.