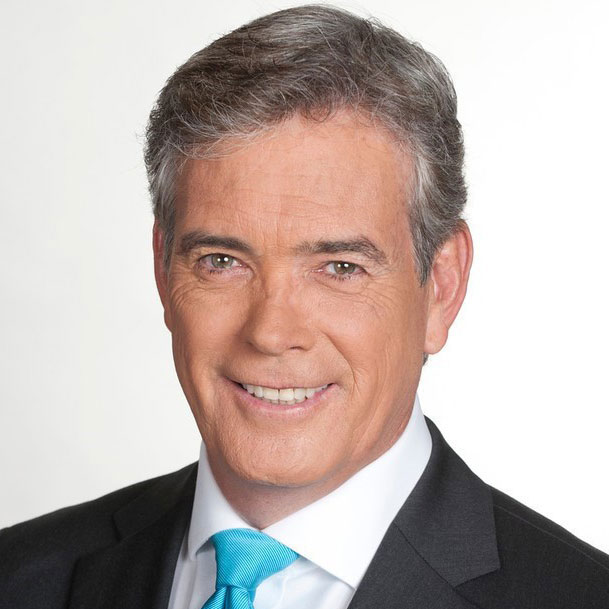 John Robert’s Emmy award winning reporting on stories of national and international importance is unparalleled, including traveling with former President Trump to Singapore and Hanoi for the historic U.S./North Korea Summits with Kim Jun Un. As a former Chief White House correspondent and current FOX News show co-host, Roberts offers audiences his unrivaled expertise on current events involving politics, Washington insiders, and the many international figures on the global stage.

Throughout his career – from CBS and CNN to FOX - Roberts has covered numerous breaking news and political events. He traveled the world with Presidents Bush and Clinton as Chief White House Correspondent for CBS. In 2006, during the Israel/Hezbollah conflict, Roberts became the first western correspondent ever to embed with Israeli ground troops. He provided extensive coverage of the 2016 Presidential election, Hurricane Katrina, and was an embedded reporter during the Iraq War.

Roberts brought viewers the story from the Vatican on the death of Pope John Paul II, the Atlanta Olympic bombing, the death of Princess Diana, and interviewed Pakistani President, Pervez Musharraf. On stage, he shares his experiences covering the Trump White House, Washington politics, and national elections, and offers his perspective from sitting ringside during some of recent history’s most compelling stories.

Roberts joined FOX as a senior national correspondent in 2011, based in the Atlanta bureau. He has since presented wide-ranging live coverage as well as behind-the-scenes interviews with then-Republican presidential candidates, Donald Trump, Carly Fiorina, Marco Rubio and other notable party members. He is now a co-host of America Reports where he breaks down the day's top stories.