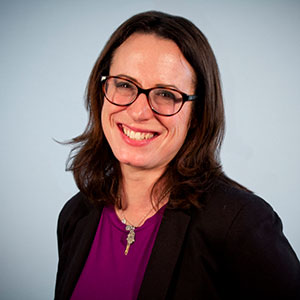 One of the most influential voices in national affairs journalism today, Maggie Haberman opens audiences’ eyes with a remarkably informed perspective on power and politics in the nation’s capital.

Maggie Haberman, New York Times White House correspondent, investigative journalist, and CNN political analyst has established herself as one of the country’s most respected journalists and reliable resources for expert commentary on campaigns and elections, current events and national issues. A seasoned veteran of political reporting, she covered City Hall for the New York Daily News, political campaigns for the New York Post, and national affairs as a senior reporter for Politico.

In 2018, Maggie and her team at the New York Times received the Pulitzer Prize for National Reporting for their coverage of the Trump administration and alleged Russian interference in the 2016 U.S. Presidential campaign, and the Aldo Beckman Award from the White House Correspondents’ Association. Haberman’s stories on covering a contentious administration offer a revealing insider’s look at what is sure to be known as our country’s most explosive era of modern journalism.

Published in 2022, Maggie Haberman’s book Confidence Man: The Making of Donald Trump and the Breaking of America was an immediate #1 New York Times and Wall Street Journal bestseller. In it, she moves beyond simplistic caricature to chronicle the full complexity of Trump’s story—from his rise in New York City to his tortured post-presidency and his potential comeback. Reviews called it “a uniquely illuminating portrait” (The Washington Post) and “a monumental look at Donald Trump and his presidency” (The Los Angeles Times). And The New York Times predicted that “Haberman’s much anticipated biography of the president she followed more assiduously than any other journalist…. will be a primary source about the most vexing president in American history for years to come.”