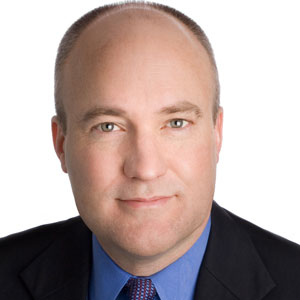 Former Editorial Director for TIME Inc. & Former Deputy Managing Editor for TIME Magazine
Fee Range $10,001 - $20,000 *
* This specific fee falls within this range. Ranges are presented as a guideline only. Speaker fees are subject to change without notice. For an exact quote, please contact your Keppler Speakers representative.
Add to Favorites

With decades of experience covering the Pentagon, Congress, and the White House for TIME, Michael Duffy offers revealing observations on American politics – past, present and future.

Michael is one of the most seasoned and respected figures in American journalism. Based in Washington, the former deputy managing editor at TIME has been at the epicenter of the magazine’s political coverage since 1985, with experience covering the Pentagon, Congress, the White House, and national security. He served as TIME’s Washington bureau chief from 1997 to 2005. He is the co-author of two best-selling presidential histories, The Presidents Club: Inside the World’s Most Exclusive Fraternity and The Preacher and the Presidents: Billy Graham in the White House. He is a regular contributor to PBS’s Washington Week in Review and has appeared on Morning Joe, Face the Nation, and Charlie Rose.

A two-time recipient of the Gerald R. Ford Award for Distinguished Reporting for his coverage of the presidency and national defense, Michael shares exclusive insights on what happens behind-closed-doors in Washington, while illuminating many of the complex relationships that shape politics today. In a politically in flux climate, he also offers five keys to understanding Donald Trump – and how the president is poised to impact the future of American life, politics, and business.

An excellent, witty, 'inside Washington' speaker for virtually any audience. Walker Communications