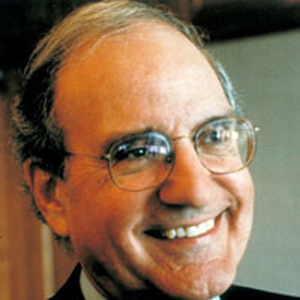 An important figure in US and world politics for nearly 30 years, there is little George Mitchell has not accomplished.
He was first appointed to the US Senate in 1980 and became the Senate Majority Leader in 1987, a position he held until his retirement in 1995. Mitchell was then selected by President Clinton to negotiate a peace settlement to the conflict in Northern Ireland, and his efforts were eventually rewarded with a Nobel Peace Prize nomination in 1998.

From 2004-2007, George Mitchell served as the chairman of the board for the Walt Disney Corporation. In March 2006, he was asked by Major League Baseball commissioner Bud Selig to hold an independent investigation of illegal steroid use in professional baseball, a task that lasted for 20 months and was highly-lauded upon completion.

Most recently, Mitchell was the US Special Envoy for Middle East Peace under the Obama administration. The variety and success of George Mitchell's storied career has made him one of the most insightful and knowledgeable political speakers in the country.