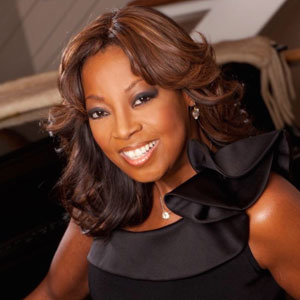 Star Jones has worked in television for nearly 20 years; offering a fresh perspective to the day's most talked about crime and justice, political and sociological issues from the worlds of news, entertainment, politics and pop culture.

A lawyer by trade, Jones is best known to television viewers for her candor, confidence and uncanny ability to clarify muddy legal and social issues as a co-host of ABC's "The View" for nine years and as an NBC News Legal Correspondent. Her knowledge of the law and talent for television has won her critical acclaim as a news and legal correspondent, television host and social commentator.

Jones has been a featured personality for numerous consumer brands including: Saks Fifth Avenue, Kohl's and Target. Star has graced the cover of numerous magazines and has been featured in every major newspaper and magazine in the country on topics ranging from news to lifestyle. A frequent lecturer, she speaks about law, politics, race, gender, pop culture and health.

The author of two best-selling non-fiction books, "You Have to Stand for Something", or "You'll Fall for Anything and Shine...a Physical, Emotional & Spiritual Journey to Finding Love", Jones is also the editor-at-large of Uptown magazine.

Jones is involved in numerous philanthropic efforts including The National Urban League, The East Harlem School at Exodus House, Girls, Inc. and Dress for Success Worldwide. After successful open heart surgery in 2010 she became a heart health advocate and was named the American Heart Association's National Volunteer in 2011. Jones can be seen throughout the 2011 season of NBC's "Celebrity Apprentice" on behalf of The American Heart Association.