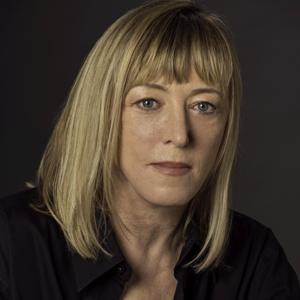 Nobel Peace Prize Winner and Chair, Nobel Women’s Initiative.
Fee Range $20,001 - $30,000 *
* This specific fee falls within this range. Ranges are presented as a guideline only. Speaker fees are subject to change without notice. For an exact quote, please contact your Keppler Speakers representative.
Add to Favorites
http://www.icbl.org/amb/williams

In 1997, Jody Williams became the tenth woman to receive the Nobel Peace Prize. Williams served as the founding coordinator of the International Campaign to Ban Landmines (ICBL) until February 1998. Williams oversaw ICBL's growth to more than 1,300 organizations in 95 countries working to eliminate antipersonnel landmines. In an unprecedented cooperative effort with governments, UN bodies, and the International Committee of the Red Cross, she served as chief strategist and spokesperson for the ICBL during the diplomatic conference in Oslo in September 1997 where the ICBL dramatically achieved its goal of an international treaty banning antipersonnel landmines. Three weeks later, she and the ICBL were awarded the Nobel Peace Prize.

Along with Dr. Shirin Ebadi of Iran, Jody Williams took the lead in establishing the Nobel Women's Initiative (NWI), bringing together six of the seven living women Nobel Peace Prize laureates to lend their support to women working for peace with justice and equality around the world. She serves as chair of the NWI.

In 2007, Jody Williams led a High Level Mission on Darfur for the UN's Human Rights Council. She presented the Mission's hard-hitting report to the Council in March 2007, and is now actively involved in issues related to stopping the war in Darfur.

Since 2003, Jody Williams has been a distinguished visiting professor of Global Justice in the Graduate College of Social World at the University of Houston. In 2007, she was appointed the Sam and Cele Keeper Endowed Professor in Peace and Social Justice.

Professor Jody Williams continues to be recognized for her contributions to human rights and global security. In 2004, she was named by Forbes as one of the 100 most powerful women in the world. Her memoir, "My Name is Jody Williams: A Vermont Girl's Winding Path to the Nobel Peace Prize", was released in 2013.

Incredibly down to earth. University of Kansas