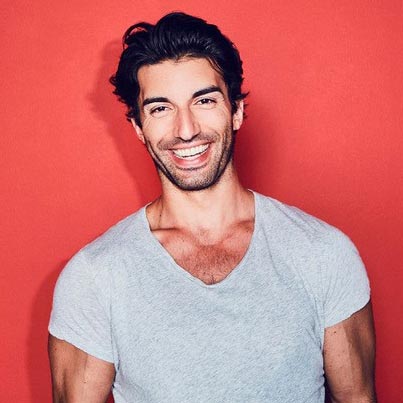 Human Rights Activist and Actor best known as Rafael Solano on The CW's Jane the Virgin
Fee Range $50,001 - $75,000 *
* This specific fee falls within this range. Ranges are presented as a guideline only. Speaker fees are subject to change without notice. For an exact quote, please contact your Keppler Speakers representative.
Add to Favorites
justinbaldoni

Justin Baldoni is an actor, director, producer, entrepreneur, and changemaker whose efforts are focused on creating impactful media and entertainment. His most notable role is Rafael on The CW’s award-winning phenomenon, Jane the Virgin.

Justin Baldoni is an author, filmmaker and changemaker whose efforts are focused on impactful media and entertainment. Baldoni is the co-founder of Wayfarer Studios which aims to create purpose-driven, multi-platform film and television productions that elevate and speak to the human spirit. He’s well-known for his starring role as “Rafael” on the CW’s Jane the Virgin, but since that time has moved more behind the camera with such films as Clouds and Five Feet Apart among his directing and producing credits.

Baldoni is currently preparing to direct the highly anticipated film adaptation of Colleen Hoover’s #1 best-selling novel, It Ends With Us, in early 2023. In addition, he hosts a popular, Webby-nominated podcast, "The Man Enough Podcast", which investigates the nuances of masculinity on a weekly basis.

Most recently he’s added author to his credits having penned his inaugural book Man Enough: Undefining My Masculinity in 2021 and most recently Boys Will Be Human which is a New York Times bestseller. Both look to change the way we all view gender roles, by embracing our feelings, and acknowledging emotions to become more evolved humans.